Taking A Bite Into Healthy Nutrition

Matt Nichol, Strength and conditioning coach, has some pointers for maintaining a healthy lifestyle when it comes to nutrition 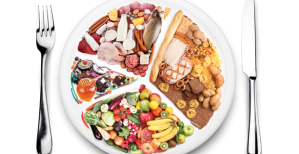 I always just assumed a day in the life of a hockey player is a lot busier than any day of mine will ever be, so I wasn’t surprised to hear that amidst the practices, off-ice training, media appearances, and so on, good nutrition often gets overlooked.

But it’s one of the most important factors in keeping up positive performance and high energy.

Matt Nichol, strength and conditioning coach and owner of the popular BioSteel Sports Supplements, has shed some light on some of the problems young hockey players are facing in terms of nutrition, as well as some of his own recommendations and solutions to improve this.

One of the biggest problems Nichol says he sees with nutrition among young hockey players, regardless of the level they are playing at, is that they don’t eat enough good quality food to fuel their bodies for all the demands that come with playing hockey on a regular basis.

“They’re practicing for sometimes over an hour on the ice, they’re doing drylands, workouts off the ice, and they’re going to school, and they’re active in general, playing two-three games a week, sometimes. Most of them grossly underestimate how many calories they need, and then what happens is usually one of two things: they’ll either run on a deficit where they’re not getting enough calories where they’re lacking energy, they won’t recover as fast, or when they sense that deficit, they feel it coming on and they try to replace it with junk food or quick foods that are usually not the highest quality,” says Nichol.

So it comes down to a matter of eating healthier in general, which comes with choosing more nutritious types of food. Players easily underestimate the amount of calories needed, and the players who may be consuming a higher amount of calories are often not eating the healthiest sources.

Unfortunately, this is a big problem among kids. A lot of it comes down to requiring specific goals with regards to nutrition and how it relates to hockey—and making sure to keep track of them.

Rule number one, according to Nichol, is that you need energy to fuel your performance, so players should have performance goals, and if they later realize they are not playing as well as they’d like to, then addressing their nutrition might be a good place the start.

“Another thing you’ll see a lot of times is that body weight might be an issue. If kids are undersized, they’re generally not eating enough,” he explains.

“Also sometimes when kids are a little overweight and they need to lose weight, the same problem is there: they’re not eating enough good quality nutrition a lot of the time. Sometimes by eating more—and by that I mean eating more healthy food—they actually can start to lose body fat.”

One of the best ways to control eating in order to make positive changes is to record it somehow, in perhaps a schedule or a journal. Most people find that writing down their goals and planning how to achieve them is quite effective, but of course, everyone is different.

Nichols provides all of his athletes with a food journal to fill out during the first couple weeks of training to get them into the habit of recording what they eat.

“The most beneficial part of that assignment is, well I tell the guys to do it because I have to take it and analyze it and tell them how many grams of this or that, but really that’s not the real reason,” he explains.

“The real reason is that once they start writing it down, they see themselves that ‘oh wow, I went six hours without eating anything yesterday’ or ‘hey, I went five hours without eating anything and then I had a Big Mac and fries… wow, okay that kind of sucks.’ So I think that kind of puts it in plain sight for them and they can see what their habits are. So yes, writing it down is a great idea.”

Another way to get in the habit of making healthier choices is to prepare your meals the night before, or deeming Sunday “meal preparation day”, where you prepare big batches of high-quality meals, store them in individual containers and either refrigerate or freeze them, so they can easily be grabbed on busy days.

One of the most common questions Nichol receives is: how many calories should a young hockey player be consuming? Well, that depends on the individual, he says.

“I get that question a lot, and I really think people shouldn’t worry about that, not until you’re at the point where body weight is a concern and you’re playing major junior and you’re getting to your draft year.”

In terms of what to eat specifically, green, leafy vegetables are a must, regardless of what kind of diet the player may be on. Nichol also says that most young players don’t eat enough animal protein from high-quality sources, like beef, chicken, lamb and fish, to name a few. It’s also no secret that carbohydrates often have a bad reputation as far as healthy food goes, but not all carbs are bad. For example, broccoli, cauliflower, quinoa, and brown rice are all carbs, and are all good for you.

Lastly, as someone who sells supplements to athletes in the NHL and at lower hockey levels, Nichols points out the importance of combining sports supplements with good food:

“You need to eat real food. Supplements are exactly that—they’re a supplement to an already healthy diet. If you’re not eating enough, or you’re just eating junk, all the supplements in the world aren’t going to save you.”