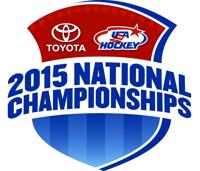 Don’t miss a game – FASTHockey will be providing exclusive live streaming. Each game will be streamed live and also archived after its conclusion allowing you to replay any game on-demand. You can also keep track of the latest scores, news as well as content stream with fan photos and posts from around the country with USA Hockey’s Nationals App. Click HERE to download today!