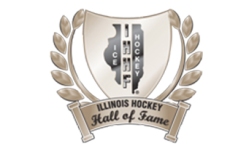 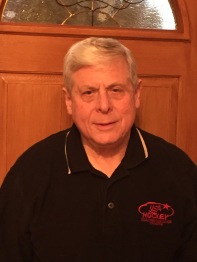 In the 1940’s Myles skated on the Chicago River (it was much cleaner in those years). He also skated in the old CBS studios before it was CBS. There was a pole in the middle of the rink and that was the one place where you learned to skate with your head up.

In 1954 Myles started working for a rink called Tower Cabana. He played with some great guys, one of whom was Rick Halpern. Rick was going in for a break away and of course he had a step on Myles so Myles tripped him. He slid into the boards and knocked himself out. From that day on, Myles always thought he was responsible for turning Rick from a conservative to a liberal.

Myles started teaching hockey in 1958 when a father paid him five dollars to teach his son. That five dollars kept Myles’ gas tank filled for several weeks in those days. Some years later another father came up to Myles and said, “You probably don’t remember me, but because of you I played hockey and now my son is learning from you.”

In the early 60’s Myles went to work for United Airlines and held a series of positions. One was with Customer Service where Olympic Airlines offered a trip to Rome, Italy for twenty dollars. On the interline bus from domestic to international, Myles fell in the lap of this beautiful girl and when he awoke in Nice, France, he asked her out on a date; nine months later they were married. Olympic Airlines gave them a free honeymoon to Greece. She is from Melrose Park and they are celebrating their 50th wedding anniversary this year.

Myles has two children, daughter Carrie who is a clinical psychologist and his son, Greg who is an attorney licensed in Washington.

When Myles son was in kindergarten he received a flyer for hockey lessons. The cost for five lessons was five dollars. When Myles brought his son to Glenview and saw Wally Kormylo he became hooked. He went on to work with Wally for ten years. He learned a whole different style of teaching from Wally.

Myles’ wife and daughter spent years at the rink and he says he owes them both so very much. Greg went on to play for New Trier High School.

Myles had four businesses until eleven years ago when he sold them. He fixed everything around the house when his wife finally said, “You either get a job or I will divorce you.” So he went to work for the Secretary of State.

Myles has taught great kids as well as adults. Some of these kids have played junior, college and pro hockey. Some of these boys played on the U.S. National teams. Some of the girls he coached played college hockey as well as pro hockey in Europe. One these girls is being honored tonight, Megan Bozek. Another player is Carisa Zaban Wahlig who was honored by being inducted into the Hall of Fame several years ago.

Myles had his own hockey camps and became a Master Level coach in 1987. He truly believes that he has gained as much as he has given coaching and teaching. Myles believes success is not the wins, but what you instill in the children and their successes in life.