Another Metro League season is complete! In the Scholastic Cup championship Glenbrook High School beat Loyola by a score of 6-1. Glenbrook opened up the scoring in the first period with goals by Allie Karakosta from Caitlin Schneider, Katerina Poulos from Madison Itagaki, and Schneider from Kolby Wilcox and Eleni Tasiopoulos. In the second period Kaela Finegan of Loyola scored first on a pass from Charlotte Langill and Tess Dettling. But, Glenbrook responded scoring two more goals in the second period. The first was netted by Itagaki on a pass from Schneider and Hannah Jensen, and the second was scored by Schneider from Itagaki. Glenbrook added a final power play goal in the third that was scored by Karakosta. Assists on the final goal were given to Poulos and Jensen. Loyola goaltender Tianna Lavalle had 22 saves, while Jojo Chobak, the Glenbrook net minder had 24 saves.

In the Founders Cup championship game, Lake Forest High School faced off against Barrington. The Scouts emerged victorious beating the Fillies by a score of 2 to 0! The first goal for the Scouts was netted by Kennedy Stein on an assist from Hannah Nelson and the second was an unassisted goal by Hannah Matthews. Senior Scouts goaltender Corynn Salazar finished her high school hockey career with a shut-out, while Barrington goalie Amanda Sincere had an impressive 38 saves in the game!

The State teams are final!  Glenbrook High School will face off against Loyola Academy on Friday, March 17 at the United Center at 3:30 p.m. Glenbrook beat Fenwick 7-0 for their first state berth ever, while Loyola beat Latin in overtime 4-3 to make it to the state championship game for the 4th year in a row! Good luck to both teams!

New Trier Seniors on Sleds. On Sunday, March 19th, the New Trier Girls and Boys hockey organizations are hosting an exhibition sled hockey game where seniors will join top sled hockey players from Great Lakes Adaptive Sports Association (GLASA) on the ice. The event is called “Seniors on Sleds” and will raise money for, and awareness of, sled hockey and GLASA. The event will be held at North Shore Ice Arena, 2111 Founders Drive Northbrook, IL at 5:30 PM.

In addition to the game, the event will feature an amazing silent auction (Blackhawks, Cubs, Bulls and Sox merchandise), a raffle, chuck-a-puck, food and drink. Former Blackhawks Reg Kerr, Grant Mulvey and Dave Mackey will be on hand to sign autographs, and Ted Albrecht, former Chicago Bear and color commentator for the Northwestern Football broadcast on WGN, will emcee the event. All proceeds will benefit GLASA, a nonprofit organization providing integrative Paralympic, recreational and competitive activities for youth, teens and adults who have primary physical or visual disabilities.

Come check out and support this fun and worthwhile event! VIEW FLYER>>

2017 Blackhawk Alumni High School All-Star Team. Congratulations are in order for the six ladies named to the 2017 Blackhawk Alumni High School All-Star Team. This is truly an honor! The girls include: Valerie Caldwell (Loyola; forward), Caitlin Schneider (Glenbrook; forward), Tess Dettling (Loyola; forward), Kendra Nealey (Latin; defense), Taylor Munson (New Trier; defense) and Alex Rodman (Latin; goalie). The girls attended a media day at the United Center and got to watch a Blackhawks skate, and attended the annual Keith Magnuson Scholarship Luncheon where they got to meet a number of Blackhawks. Check out the fun photos they snapped!

Latin and the Blackhawks Team Up for an Exhibition Game! On March 12, the Latin Girls teamed up with the Chicago Blackhawks Special Hockey team for a friendly exhibition game. The event was held at McFetridge Ice Arena and a great time was had by all. Enjoy the photos of this fun game! 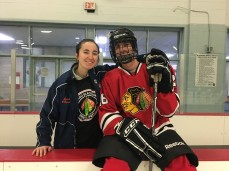 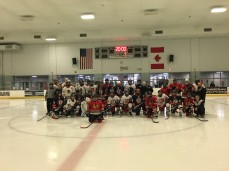 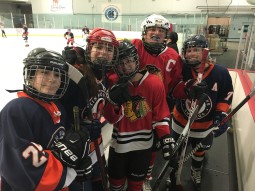 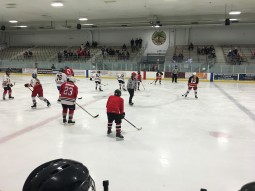 Fenwick: The Fenwick Girls Hockey team honored four seniors on February 24 when they faced off in their Blackhawk Cup play-in game. Seniors Gillian Flatley, Kylie Gushurst, Bea Lowson and Maddie Shea were recognized before the game with their parents. Flatley and Lowson are undecided where they will attend school next year, while Gushurst will attend Loyola University Chicago and Shea will join the incoming freshman class at the University of Minnesota. The Friars beat the Wildkits 6-1 and the celebration party continued after the game with a pizza party. 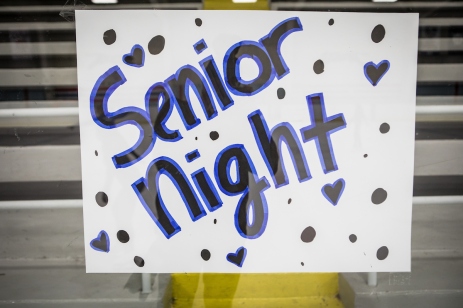 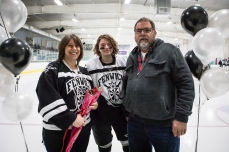 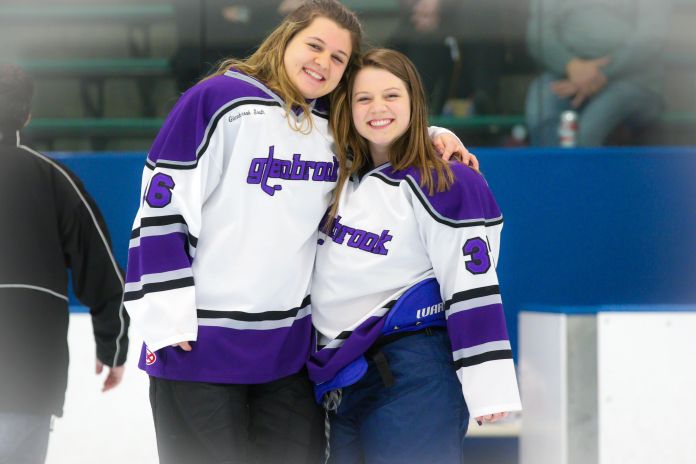