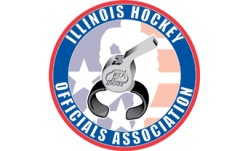 QUESTION: If a player or coach has been given a game misconduct and they are serving the suspension in the next regularly scheduled game for the same team, are they restricted from going into the locker room?

ANSWER: Strictly speaking the USA Hockey National Office does not address or govern coach and player discipline. This would be the responsibility of the local governing body (League, Association, Affiliate, etc.) since they have a better understanding of all circumstances surrounding the incident.

That being stated, USA Hockey does suggest a guideline of “30 minutes prior to game time” for coaching suspensions. While we want to make sure the coach’s contact with his team is limited during his “suspended” game, there are certain circumstances (especially at lower levels) that might mandate his/her presence in the locker room before a game including,

The general concept of a coach’s suspension is to avoid any attempt at directing or “coaching” his/her team during the game. With directions and correspondence from the local governing body, the “limits” should be clear to the coach and there should be no attempt at subverting the disciplinary action.

Like Loading...
‹ Cystic Fibrosis Hasn’t Slowed Down Macey Horbach On or Off the Ice
22nd Annual AHAI Foundation Golf Outing ›