Building On Winning Cultures, Chicago Mission 16U Teams Head Back To Nationals

Both the Tier 1 youth and girls teams are aiming to defend national titles.

Anders Sorensen and Erin Rourke-Smith are two coaches who live by that philosophy. 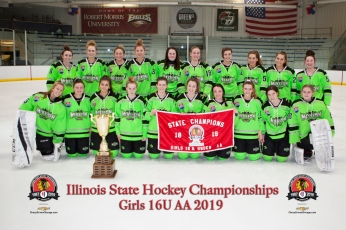 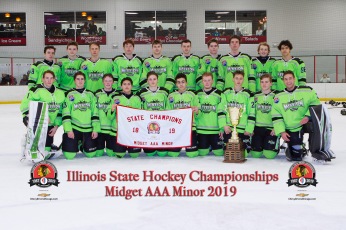 As the leaders of the Chicago Mission Tier I 16U youth and girls’ teams, respectively, Sorenson and Rourke-Smith have trained their players to win. And winning is what they do best.

For the second straight season, both Mission 16U teams will be headed to Chipotle-USA Hockey National Championships after winning Illinois and Central District titles. Last year, both squads came home with national titles.

“The results are a byproduct of their hard work and good coaching that gives them the opportunity to be in these positions,” Chicago Mission hockey director and president Gino Cavallini said. “We feel pretty good about it.”

It wasn’t easy for both teams to get back to nationals. The coaches say it takes a year-round commitment to the sport and their teammates to get the job done.

“It’s a goal for sure when we pick our teams that they all want to get there and work hard to get there,” said Rourke-Smith, who is in her 10th year coaching for the Mission, the last nine with the 16U girls’ team. “The fact that we can both do it again, it’s certainly something we shoot for. Every time we practice at our rink we look up and see the boys’ and girls’ commemorative plaques on the wall and it’s just like, let’s get another one; let’s keep going.”

Said Sorensen: “I think it shows the strength of our program. I think year after year we’re able to maintain strong levels in terms of players coming in or that we’ve fostered through the ranks. So, I think it’s an exciting process to be a part of.”

The Mission, which started its youth program in 2001 and added the girls six years later, appear to have a winning formula in place. It just keeps churning out top-caliber teams every year.

“We have great administrators and we let the hockey people run the hockey part of it,” said Sorensen, who is in his seventh season coaching Mission youth squads. “Gino and myself have been there for a lot of years and we’ve kind of established a culture there in terms of playing hockey the way we think is the right way and been able to move a lot of kids on. We’ve been able to establish connections with juniors and teams in college, and that’s the end goal for all these players. You’re giving yourself a good opportunity.”

The coaches can be the best of the best and give ideal direction, but ultimately the success of the program comes down to the players. The current players have witnessed the success of their predecessors and they want to continue the winning attitude.

“It’s not a like a feel-good program, this is a business,” Cavallini said. “You can see it — the kids are driven. The kids come to the rink and there’s no goofing around.”

Getting to nationals is expected when players make a Mission roster.

Five boys on this year’s 16U team will be going after their third consecutive national title. There are 11 players in the 2002 birth year who won the bantam major championship in 2017, and five of those same kids who captured nationals a season ago. There are nine girls who returned to the 16U team this year who won a national title in 2018.

To have those key cogs back on the ice and be leaders in the locker room has been important. However, every team is different. That’s no exception for both 16U teams this season.

“I think maybe we are more balanced this year and not as top heavy as we were in the past,” Sorensen said. “I think our D corps is really good this year. I feel like it’s one of the better D corps that I’ve seen at this level.”

Said Rourke-Smith: “I think a lot of them started the year thinking, ‘Oh, let’s just repeat everything like we did last and it will just work out in the end the same,’” Rourke-Smith said. “Then they realized they all have to do everything. We’re a team that’s built on four lines and they’re all kind of rolling. We don’t have like a checking line or a number one line. We’re blessed to have four lines that can fight every single game, so I think that’s our success.”

One big reason for the success of both the youth and the girls’ 16U teams is they are challenged all regular season so when it’s time for tough postseason games, the players are prepared. Cavallini and the coaches make it a point to schedule non-league games against the top teams around the country. This season, the youth team boasts the fifth highest strength of schedule at its age level. The girls’ squad has the 10th most difficult schedule. 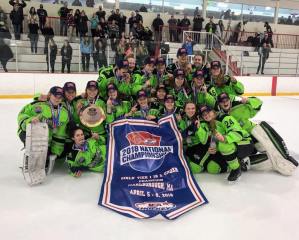 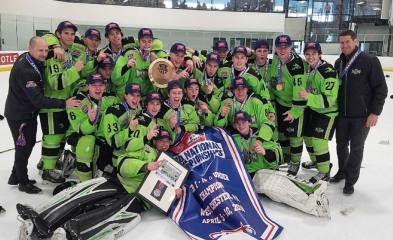 “You don’t want to go into a town and play three games and outscore a team by 30 goals, it’s not beneficial to anyone,” Cavallini said. “We get a little more selective and we’ve got a good rapport with a lot of clubs we like to play who are like-minded and understand the importance of playing each other.”

“We’re going on the mindset that we want to win it; we’re going to enjoy it,” Sorensen said. “We are one of the teams that can win it but also there will be a lot of really good teams there and we’re going to have to be at the top of our game to beat them. That’s an exciting challenge.”

The girls’ team heads to their national championships April 4-8 in Irvine, Calif., with a 50-10-5 record. Rourke-Smith knows her girls will be ready.

“They’re chomping at the bit to get out to California for sure,” Rourke-Smith said. “With the wind we’ve had in Chicago, it will be nice to be in the sun. But it will also be fun to be spending that time in an ice rink hopefully competing for the national championship.”