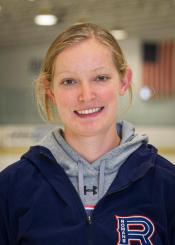 By Ross Forman – Latin School of Chicago relies on its depth, but it is a relatively young team with nine freshmen and sophomores.

“We have a really strong team overall this year – from goaltending all the way up; we have depth at every position,” said Latin head coach Anna Zorn. “We returned many of our key contributors from last year (and) also have a very talented freshman class that has made an immediate impact. Off the ice, this is a group that gets along really well and cares for each other which translates on the ice.

“We have three strong forward lines that all contribute each game and make plays, along with a talented defensive group that has been able to shut down some of the top players and teams in the league. (Plus), we have two great goaltenders in senior Emma Bratt (Lane Tech) and sophomore Maya Gonzalez (Whitney Young) that we can count on in any game. They have both come up big for us and we’ll be counting on them a lot in the second half.

“Experience is important (in the post-season and) I am confident this group will be able to adjust quickly. We have struggled to play consistent hockey from game to game, which I think also comes from being a young team. My goal for the girls in the second half is to find a way to each get a little better every game, whether it’s physically or mentally. That way we can continue to improve as the season goes on and hopefully peak at the right time.”

Zorn, 25, lives in Chicago and is an operations manager at Soldier Field. She has been coaching for three years, two for Latin.

She led Latin to the state semifinals last spring.

“This team gets along really well off the ice despite coming from five different schools across the city. I think that’s a testament to our upperclassmen and captains of being inclusive to everyone,” Zorn said. “They also all play with different club teams outside of Latin, (yet) they’ve found a way to play together as team really well when we come together, and it’s fun to watch.” 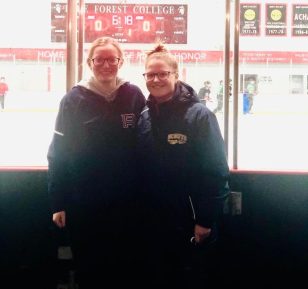 Take, for instance, a goal by junior Katie Krebs (Whitney Young) against Loyola. “She was frustrated because she had missed a couple shots and got back to the bench and (stated), ‘I have a terrible shot,” Zorn recalled. “Her linemates encouraged her to keep shooting and stay positive and literally the next shift, she went end-to-end and scored top shelf on a beautiful shot. It was a big goal that game, but her reaction and her teammate’s excitement for her was the best part.”

Sophomore Emma Heinig (Whitney Young) has been a consistent contributor to the offense with a team-leading 12 goals, 3 assists in 10 Metro Girls games. “She’s a great playmaker, but also contributes well defensively by blocking shots and breaking up the defensive zone,” Zorn said.

Senior forward Anna Hoese (St. Ignatius) has been reliable at both ends of the ice and skilled on special teams.

Defensively, sophomores Margot Bettman (Latin School of Chicago) and Annabelle Merkel (Lane Tech) have been solid, shutting down some of the best players in the league.

The team’s freshman class is very talented, Zorn said. Forwards Menami Gordon (Lane Tech) and Martha Mobarak (St. Ignatius) have made immediate offensive impacts while defensively, Tess Buchsbaum (Latin School of Chicago) and Rosie Klein (Whitney Young) have contributed. “I’m excited to see how much the four of them will continue to improve over the next four years,” Zorn said. 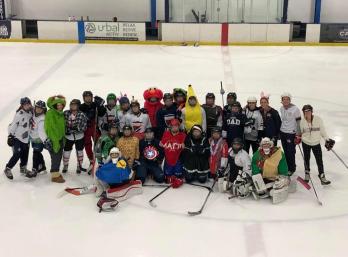 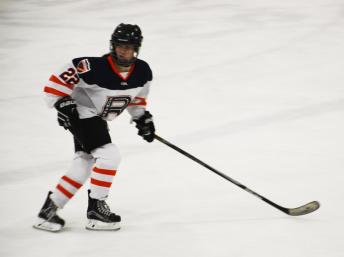 “The first few months (of the season) have been a bit up and down. We play our best hockey against the best teams, but struggle to find our groove against others. The second half of the year, consistency will be our main goal, but I am really happy with how the first half has gone. We’ve played some really good hockey and it has been fun to watch,” she said.

“At the beginning of the year, we made a lot of forced plays which led to a lot of turnovers. I think that came from just being a new group and not being comfortable playing together yet. We’ve worked a lot in practice on regrouping in the neutral zone to create better lanes for ourselves as well as drills for creating space in the offensive zone to make plays which has been beneficial. Since then, they have gotten more confident with the puck and more comfortable with one another, (leading) to fewer turnovers.”

Junior Madison Ross (Jones) could be a breakout player in the final months of the season. “She has a knack for scoring big goals when it matters and against the top teams,” Zorn said.

Can Latin skate for state this March at the United Center?

“I see us going far in the state tournament and competing for the (league’s) Scholastic Cup,” she said. “We have a lot of potential with this group and we know that we can compete with any team in the league.

“I feel we have something to prove to the league.”

The 2020 Stanley Cup Champion Will Be: Bold prediction, Colorado Avalanche. A safer prediction, Washington Capitals.
All-time Favorite Chicago Blackhawks Player: Jonathan Toews
Hardest Slapshot on Latin: Annabelle Merkel
Most Accurate Shot: Emma Heinig
Fastest Skater: Rosie Klein
Best Playmaker: Katie Krebs
Players Who You Could See As a Coach One Day: Izzy Perpich or Madison Ross
On Metro Girls: “There is so much talent in the league, from top to bottom. On any given night, any team can be upset which makes for exciting hockey to watch.”
Final Quote: “I’m really proud of how well our team has done this first half and I’m excited to see what we bring to 2020.”